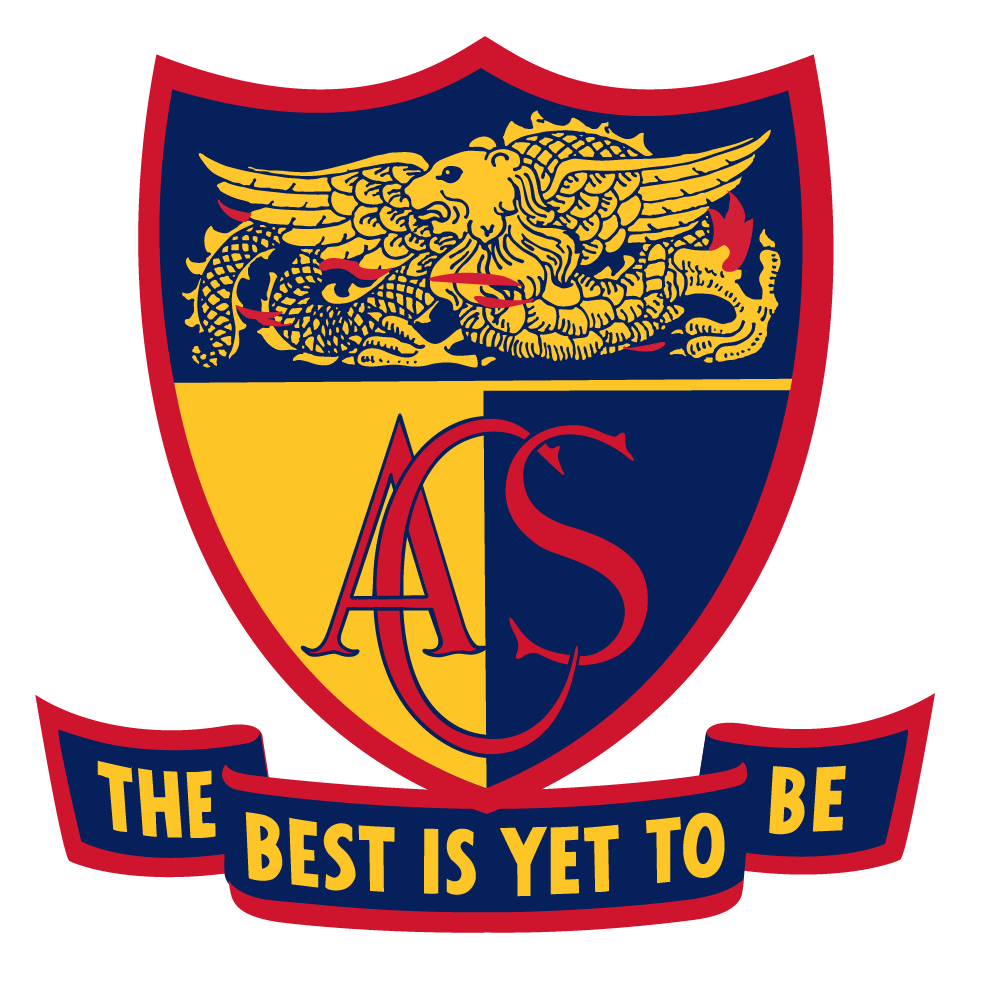 The upper part of the crest shows a creature with a lion head, eagle wings and a dragon body with claws, symbolizing the fact that the school was founded when Singapore was a British Colony, by the American Methodist Mission, and during the Manchu Dynasty in China.

The lower part comprises a panel of blue and another of gold, representing the heavens and the earth.

Superimposed on them are the letters ACS in red, signifying life bridging earth and heaven.

It is shaped like a shield to uphold knightly virtues such as chivalry, honour, loyalty, valour and manliness.